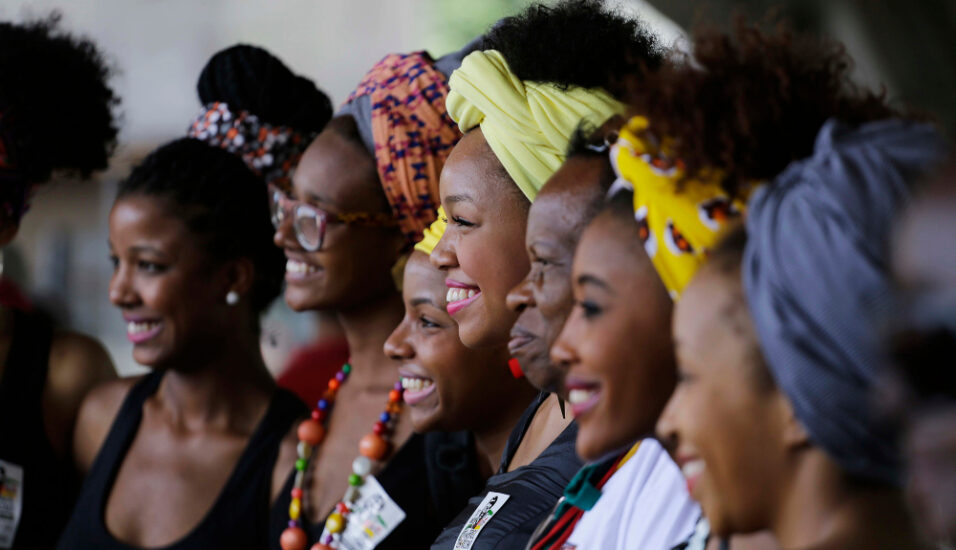 As we come to the end of Caribbean-American Heritage Month, I have been thinking a lot about the stories we gravitate toward and the stories we tell. For me, there has been so much of my life where belonging and purpose are so closely linked. Along my journey, I have come to realize that my differences are a blessing and that my unique perspective and my ability to be compassionate and empathize and see the world through the eyes of others is part of what helps me to be good at my job. This search for belonging has in many ways given me a sense of purpose—a purpose that has been an anchor to the impact I want to have in the world.

Many have travelled this path before me. Many have been brave enough to risk everything for their voice to be heard, even though they felt their difference acutely as immigrants or as the children of immigrants. So, this Caribbean-American Heritage Month, I want to honor the stories of some of the extraordinary Caribbean-American leaders who have shaped our world against the odds and continue to do so.

With so many inspiring stories to choose from, it was incredibly hard to come up with a shortlist for this post. But here are a selected 10 who represent the past and the present and who have a wide circle of influence.

Secretary of Education for the United States

Miguel Cardona is the son of immigrant parents who moved from Puerto Rico as children. Cardona, who did not speak English as a child, learned the skill of switching between being a part of his Puerto Rican community and of his English-speaking school. Cardona overcame his early anxieties and awareness that he was different to go “from the barrio to the boardroom.” His passion for education led him to a career in teaching, a role in which he could see children like himself rise up through the power of learning. And now, in his role as education secretary, Cardona has the opportunity to apply his learnings in every classroom across the country.

Justice of the Supreme Court of the United States

Sonia Sotomayor, the daughter of Puerto Rican parents, grew up in an impoverished home in the South Bronx. In spite of the odds (she was raised by a single mother after her alcoholic father died), she became the first Hispanic justice on the United States Supreme Court. As a woman and as a Latina, Sotomayor says she has overcome many prejudices but that she’s had to work harder to get there. A trailblazer and inspiration for those who will follow her, Sotomayor says she feels a special responsibility to prove herself as the first of a group that has been perceived as being incapable of doing what she’s done.

Jamaican, Ann-Marie Campbell started working at Home Depot as a part-time cashier during college, rising through the ranks to become one of the brand’s global leaders. Ann-Marie’s childhood was one of poverty—her father died in a car accident when she was one and a half. Her grandmother, herself a divorced mother of 10, helped her mother raise her. After graduating from high school, Ann-Marie, her mother, and brothers moved to the U.S. where Ann-Marie took up a part-time role at Home Depot. Having climbed the corporate ladder, Ann-Marie is dedicated to empowering others to succeed—“We have to stretch our hand out and help someone, pull someone up.”

Born in Trinidad, Dr. Wardrop Alleyne is the only woman of Caribbean heritage in a senior role at NASA. Camille cites her supportive parents as key influencers in shaping her early interest in science. With their support, she moved to the U.S. at the age of 18 to continue her education, subsequently taking up a role at the Kennedy Space Center. Dr. Wardrop Alleyne has spoken out about being different—about being a woman and one of very few people of color in the industry, as well as a working parent, and how that’s affected her career. Her desire to create equal opportunities for others has manifested in her Brightest Stars Foundation, founded to empower, inspire, and educate girls to become leaders through the study of technology, maths, and science.

Growing up in the U.S. Virgin Islands, Dr. Marcella Nunez-Smith experienced firsthand the effects of being part of a community with limited access to healthcare. This, along with encouragement from her mother (who was a retired nursing professor) instigated Marcella’s interest in medicine. Having moved to the U.S. to study, Nunez-Smith was subsequently elected to the National Academy of Medicine. But of course, her most high-profile leadership role was as chair of the U.S. COVID-19 Health Equity Task Force. Healthcare equity is close to her heart, and in a recent interview, Nunez-Smith highlighted the racial health disparities that represent a vast, structural challenge in the U.S. – which were made all the more stark by the pandemic.

Shirley Chisolm, the daughter of a Barbadian seamstress and a Guyanese factory worker, was the first Black woman elected to the United States Congress. During her time at college, she was encouraged by professors to enter politics but was well aware that she faced what she termed as a “double handicap” of being a woman and being Black. Chisholm went on to make history as the first woman in the United States to seek the presidential nomination of a major political party. She is also remembered for speaking up to Congress when, having been assigned to the House Forestry Committee, she demanded reassignment. Chisholm’s iconic career in politics has inspired a generation of women to seek public office, and even today, her legacy and boldness are celebrated.

Alexandria Ocasio-Cortez was born in the Parkchester neighborhood of the Bronx to a Puerto Rican mother who was a domestic worker, and a second-generation Bronxite father, who ran a small business in the Bronx. From an early age, Ocasio-Cortez witnessed the stark contrast in education opportunity available to her and to her cousins based on their respective zip codes, and this shaped her early interest in social equity. Having been elected to the U.S. Congress, Alexandria continues to campaign on social issues, introducing the Loan Shark Prevention Act to protect vulnerable people, and a group of bills collectively titled “Just Society,” aimed at raising the federal poverty line and including immigrants in social safety net programs.

Edwidge Danticat was born in Haiti and moved to the United States when she was twelve. She is the author of several books which have seen her become a National Book Award finalist and an American Book Award winner. Danticat’s parents fled the oppressive political regime of Duvalier when Danticat was just two years old. Edwidge and her brother were unable to escape and were raised by their aunt and uncle until they could join their parents in Brooklyn, and so Danticat’s upbringing and political backdrop have most definitely shaped the narrative of her work. As an immigrant teenager, Danticat felt her identity acutely and started to write about her immigration experience. Danticat has cited her feelings of incompleteness and of having an unfinished narrative as part of her reason for continuing to write.

Bahamian-American Sidney Poitier became the first Black actor to win an Academy Award. The youngest of seven children, Poitier’s childhood was one of extreme poverty—his parents were tomato farmers, and his childhood home had no running water or electricity. At age 15, and with no education, Poitier went to live with his older brother in Miami, Florida, where he had an encounter with the Ku Klux Klan. Having spent months mimicking actors in an effort to lose his strong Caribbean accent, Poitier won his first role. His legacy is evident in the entertainment industry today where he has been a key influence on Black actors and creatives.

Marcus Garvey was born in Jamaica, one of 11 children born to his mother who was a household servant, and his father who was a stonemason. Only Marcus and one other sibling survived to adulthood. Garvey first experienced racism at school in Jamaica, primarily from white teachers. It was this discrimination that shaped the rest of his life. Having travelled to Central America and the UK, Garvey settled in New York where he became a well-known speaker and political activist. After a controversial trial, Garvey was jailed for five years. After he was released, he traveled to Geneva to speak to the League of Nations about race and the worldwide abuse of people of color. A few months later, he returned to Jamaica where he established the People’s Political Party, the nation’s first modern political organization.

These short stories are about the lives of 10 people who lived wildly varied existences in different times. But they all have one factor in common: their bravery in acknowledging being different, or feeling like and outsider, and using it as their superpower. 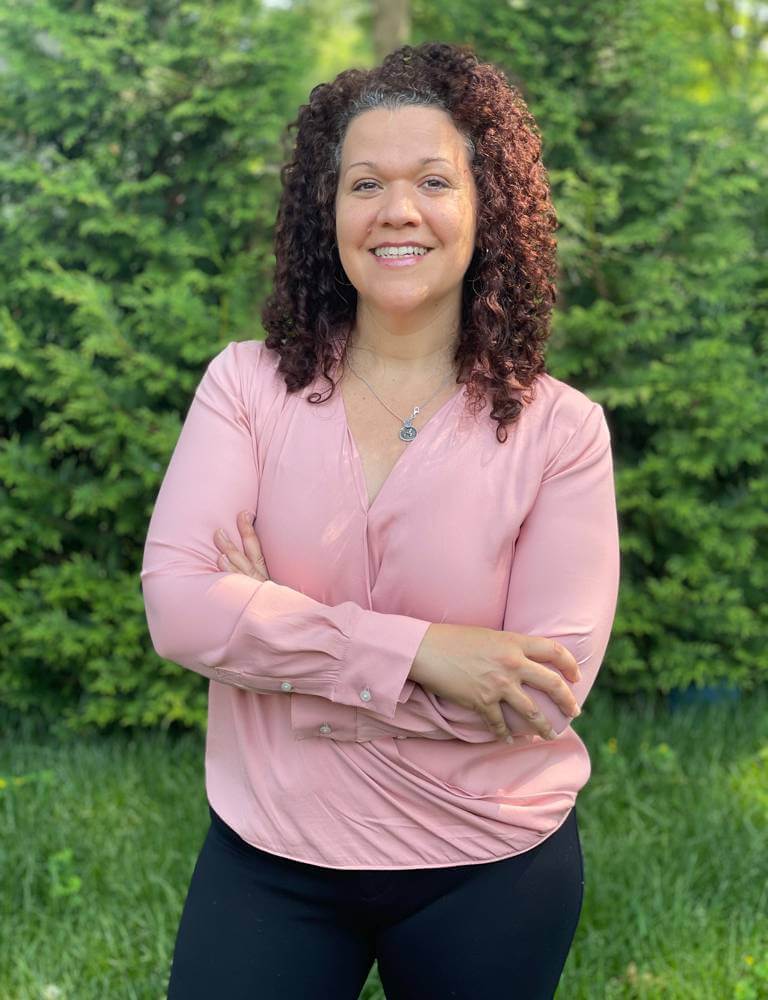 Cristina Jimenez is a talent, leadership, and culture expert with 20 years of industry experience. She is the global head of RHR International's Diversity, Inclusion & Belonging practice and has been instrumental in the firm's own cultural transformation.
RELATED POSTS

DI&B 2 years ago
Do You Want to Accelerate... 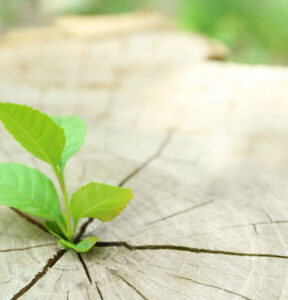 DI&B 3 years ago
Change the Story, Change the... 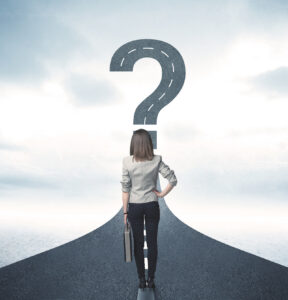 DI&B 4 years ago
Working in Fear: Moving from...
MORE BY THIS AUTHOR