Tackling our climate catastrophe is about psychology, not solutions 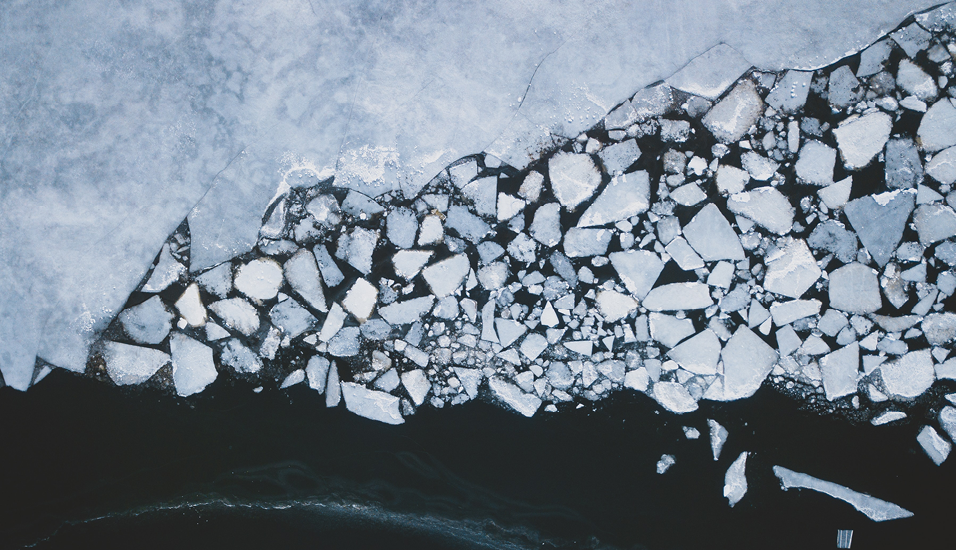 In November 2021, COP 26 brought together nations to revisit the UN Paris agreement for climate change and determine the progress (or lack thereof) on avoiding a climate catastrophe over the next decade.

And what has already been made clear by the latest IPCC report—we, as a global community, are way off course in terms of those commitments (Cutting greenhouse gas emissions in half by 2030 and net-zero emissions globally by 2050; and keeping temperature rise to 1.5 degrees Celsius or 2.7 Fahrenheit).

The climate is flashing red

The science is overwhelmingly clear and agreed upon by all nations: the climate is flashing red, and we are rapidly running out of time to change the trajectory of planetary destruction over our children’s and grandchildren’s lifetime. That’s a big statement, isn’t it?

Realities, such as the one we face around our climate crisis, are hard to comprehend. A recent survey found that 72% of U.S. citizens believe that climate change is real and will have devastating impacts.

Yet, if we scan most forms of media—certainly those most popular on the left, center, and right—we do not wake up every morning and see “climate” on our morning news feeds.

How is it possible that such a devasting outcome for all of humanity within two generations does not translate into paramount urgency from humans to do everything in our power to prevent this reality?

The reasons are psychological more than scientific. Here are three of the most pernicious psychological realities that we all must deal with and overcome to embrace the challenge before us and give generations that follow a chance at life on this planet, remotely resembling the one we’ve had.

Unlike wars and pandemics, our climate crisis is gradual and catastrophic without a clear, short-term enemy on which to focus.

Without an enemy, primitive human-defense mechanisms, like denial (“it’s not that bad, right?”) and rationalization (“someone else is responsible for solving this”) can block us from confronting reality or excuse our behaviors that are contributing to the problem.

Our climate crisis demands that we rapidly harness unprecedented global collective action. We need to make it the enemy and keep this at the top of our agenda.

While most global citizens believe that climate change is real and will have devasting impacts, they have little faith that humans can collaborate across geographies and differences to solve these large-scale problems.

This reality is powerful since we have many of the needed solutions; we just need to scale them rapidly. This requires global cooperation, like the kind we saw in World War II. But without leaders in every part of society, stepping up to provide hope and clarity of solutions, many people will believe more in Elon Musk creating a new home for us on Mars than believing that we all can defeat global warming.

Hopelessness leads to despair, which shuts us down and drains us of the energy we need to all do our share to contribute to solutions.

On the other hand, hope is a powerful, positive energy that gives our solutions a chance. And we need much more of it. During his opening keynote at COP 26, Sir David Attenborough urged leaders to be “motivated by hope, not fear.”

As a species, our brains are wired for the urgent and now versus the important and later; on a daily basis, climate change’s impact is still not in my backyard for most of the people who can change its trajectory.

Fires, flooding, ocean acidification, and migrating malaria mosquitoes are still less common for most people on the planet, so the call to action remains muted from too many.

For business leaders (100 companies account for 71% of global warming) and politicians (10 countries produce over two thirds of global emissions of greenhouse gases) who hold the levers that profoundly shape human behavior and provide scalable solutions, the reward systems in the current structure remain painfully short term for both groups.

While successful leadership of business and society is a complex algorithm, doesn’t this current climate crisis demand that those with influence and power step up to this challenge? If not this, if not now, what and when?

Using psychology to help us address the climate catastrophe

The force, which holds us back from stepping up to the challenge of action on climate change, is mainly psychological as opposed to a lack of workable solutions. If economists, environmental scientists, business leaders, and politicians work together to look through a psychological lens, we can bridge the divide between intention and action. Here are some behavioral aspects that can either hold us back or unify our efforts around climate change:

Garnering support for a change in human behavior

To change those human behaviors that cause climate change, we need to work through the resistance and procrastination that we, as humans, use to manage our anxiety (Pychyl & Sirois, 2016).

Resistance to change is well-documented (McMurray R.N. 1947) and is dependent on  psychological factors, including fear of loss of status, security, and employment; the expressions of insecurities are some of the highly emotional reasons that we resist change.

A logical presentation of the benefits of change is not enough to engender different behaviors. To move humans toward practical approaches, which address the problem, change needs to happen in a measured way, giving consideration to the difficulties that will be encountered and a mechanism for expressing them.

The establishment of new norms

There is still work to be done in educating the global population through credible information and using it to establish new norms. A poll in 2019 of 28 countries demonstrates the variance in attitudes toward climate change between nations. For example, 71% of the participants from India believed that climate change is occurring and that humans are mainly responsible, whereas, in Norway, only 35% believed this.

Research shows that among those who are open to reason with new evidence, novel numerical data can shift learners’ attitudes and conceptions about controversial science topics, including climate change (Thacker, I., & Sinatra, G. M., 2022)

Promoting a better understanding of the climate catastrophe, so individuals can educate themselves, is one lever we can pull to accelerate the acceptance of new norms.

Businesses can also influence one another by establishing norms for actions to reduce climate change and, in turn, to influence governments (Schendler, 2009). For example, The Carbon Majors Report (2017) states that 70% of the world’s CO2 emissions can be traced back to just 100 companies; therefore, leverage needs to be applied to these organizations.

Winning over business leaders with the benefits

Climate leaders gain a competitive advantage. This position can be used to win over those leaders and their boards who are behind the curve on climate action.

In addition, they can use their influence to raise the bar for their industries. As sustainability is now a competitive consideration, companies do not want to be seen as lagging, says the report. Therefore, a single company with the courage to set ambitious targets can move its entire industry.

Our connection with nature, in positive ways, has the potential to heal both the planet and human beings. Leaders can promote this and advise and assist on good governance that protects the planet. Embedding this, in all that an enterprise does, requires forward-thinking leadership that is not yet prevalent in our largest corporates.

It requires organizations and their leaders to think about being Net Positive. To run businesses in which profits come not from creating the world’s problems but from solving them.

The alternative: “The prevailing notion of enlightened self-interest alone is unlikely to be sufficient to help achieve net zero… the transition would challenge traditional orthodoxies and require unity, resolve, and ingenuity from leaders.” (McKinsey & Company, The net-zero transition, Jan 2022)

Our human psychology heavily influences our actions on climate change. Business leaders are in a strong position to help members of society come on the journey toward positive change. A style of leadership that involves connectivity, flexibility, and strong ethics (The Handbook of Climate Psychology) can help overcome the barriers we are facing in halting the climate catastrophe.

Returning to COP 26 and the opening Keynote, “If working apart, we are forces powerful enough to destabilize our planet, surely working together, we are powerful enough to save it.” To stop the numbers from rising and avert the crisis, we need global unity. Creating a shared agenda across nations, businesses, and society has human psychology at its core. 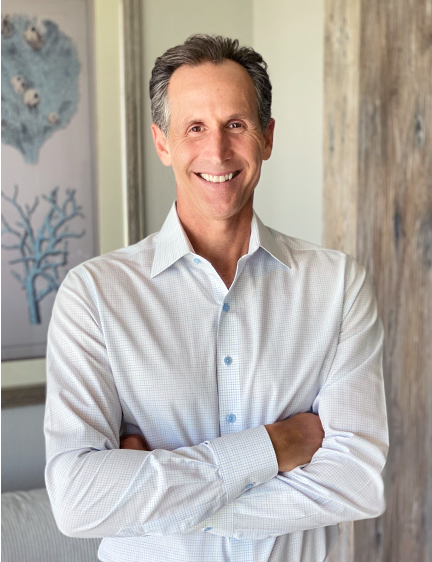 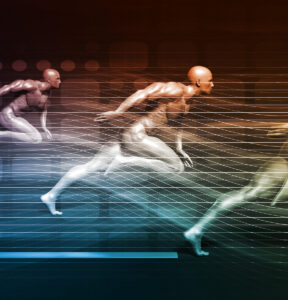 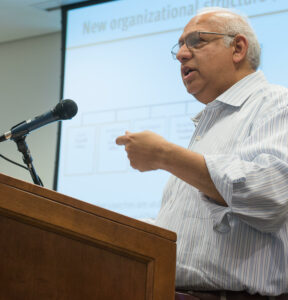 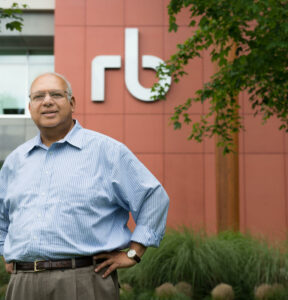